skip to main | skip to sidebar

On October 22, 2009, Victoria & Zeta Five, embarked on a 4 week south / midwest mini tour (affectionately known as the "Johnny Appleseed Tour") traveling as far north as Wisconsin, Victoria's old school stomping grounds, and then south to Nashville to perform and visit with old friends and then return to Austin.

Upon arrival at their first destination in Fond du Lac, Wisconsin, the last week of October 2009, the band wood shedded and then made seven live performances in the first and the second week of November 2009 at Pockets Bar & Grill, Arbuckles, and the Pilgrim United Church of Christ (Fond du Lac), and at Becket's Dinner Club, and at McKnight & Carlson Wines during gallery walk in downtown Oshkosh, which btw was a huge success!

Their last performance in Fond du Lac at the Pilgrim U.C.C. included an afternoon cross-cultural on-hands percussion and dance workshop led by Luiz in the afternoon, and a special evening performance in the sanctuary given in honor and memory of Victoria's mother, Ruth Sandidge, who poured out her love and support to the spiritual, educational, and healing work in her community.

This was a memorable trip where, in addition to performing at various venues, old friendships from the past were re-kindled, as well as time spent with family.

After visiting Fond du Lac, Oshkosh, and Appleton, Wisconsin, the Victoria & Zeta Five was Nashville bound, Victoria & Ed's former home, again to meet up with old friends and mentors, Marion James and James "Nick" Nixon and Rebecca and Christine for chinese and then music at the Stillwater on Jefferson.

(To hear Sunny 97.7 Radio Interview, live recordings from Fond du Lac and Nashville, visit http://zetafive.com/music.htm#LiveRecordings and scroll down to Pockets, Interview, and Luiz & Nick.)
Posted by zeta5string at 10:24 PM No comments:

Victoria sings and plays violin, guitar, and keyboard, and writes music and lyric.

She is available for hire to perform with other bands and small ensembles, to do studio / session work and collaborations with other artists, as well as for private instruction. (Click HERE to view resume.)

To make arrangements and/or get rates, contact Victoria@ZetaFive.com or call 512-547-2071 or Skype: zeta5string

As a co-writing team, they have written numerouse songs. Most recently, they cut the Quiet Storm / New Americas, a piece which fuses american blues, rhythm and blues, smooth jazz, classical, afro, latin, and brazillian genres, at Eclectica Studios in Austin, Texas.

Edward T sees color and rhythm and movement and shapes feeling with a foundation for Victoria to float on top a triangle between the rhythm guitar, bass, and drums.

In his opinion, the rhythm guitarist gets to use chords that he finds fascinating. Chords are built up with two or more notes ... He likes to use thick chords, that is; as many notes as possible to make warm and airy sounds.

Edward T uses chords to express a feeling ... and he trys to use chords to convey specific feelings that allow his audience to pick up and perceive. Sometimes he uses open tunings, or open string chords.

When he was 7 years of age, Edward T heard the folk song, "Hang Down Your Head Tom Dooley", on the radio. ... a sad song about a man about to die being hung ... and he felt it was an effective way to communicate.

The first 45 he ever bought was "Mamas and Papas" Monday, Monday. And the second one was the Yardbirds "Shapes and Things".

Throughout his school days, he loved writing poetry and songs. His focus started with folk, and then after high school, Edward T and his brother played in rock bands together. Later, his brother chose to tour, and Edward T chose to stay home, turning his focus to songwriting and becoming more versed with blues and jazz guitar.

The music he hears in his head is what motivates him to play and create.

Being the producer-writer type, he gets great satisfaction out of creating a new song, a new arrangement, chord progressions with movement, lyrics, and orchestration of other instruments.

With a spontaneous gift for rhyme and meter, often Edward T creates the lyrical structure, and Victoria completes the melody and verse. 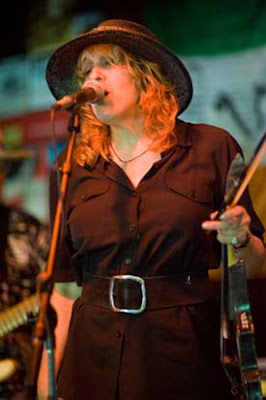 Vocalist, keyboardist, and songwriter, Sally Townes, started playing keyboards when she was five. Her professional career, which began on the West Coast, has taken her to many countries around the world. She has been blessed with many long-term, sit-down gigs in her career. In fact, a 2-week stint at a restaurant/bar on Bourbon Street turned into a 9-year sit-down gig enabling Sally to live and work for 22 years in one of her favorite cities - New Orleans.

Sally left New Orleans before Hurricane Katrina. Missing it, but not wanting to return to the Big Easy afterward, she spent a few years in Fort Lauderdale, then Las Vegas, until she fell in love with and moved to Austin, Texas. She says the focus on music and the soul of Austin is reminiscent of her beloved New Orleans, where she enjoyed the challenge and variety of performing to many tourists and coloful locals each week. 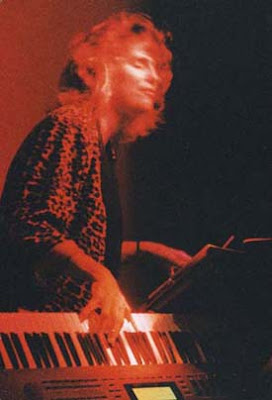 With the release of her latest effort, 'Sundown Blue', Sally received some national recognition. This CD was nominated in 2007 in the beginning stages of the Grammy process in two categories ~ for Blues CD of the Year and track #1, 'Angelina', was also nominated for Song of the Year. It is currently being played on blues radio stations around the country.

Together, New Orleans and
Austin meet with gunslinger Texas style electric violin blues and New Orleans keyboards with the sultry voices of Townes & Hammill in harmony!

You'll hear original as well as a broad selection of covers.
Posted by zeta5string at 10:44 PM No comments: 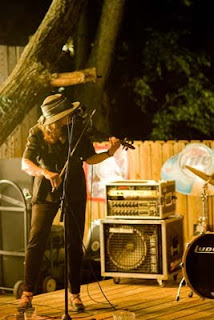 Influenced by electric blues/rock guitarists and nominated by the Music City Blues Society for Bluesy Award 2003, 2004, and 2005, in the category of "Other Instrumentalist" - she is a modern pioneer in electric blues violin. 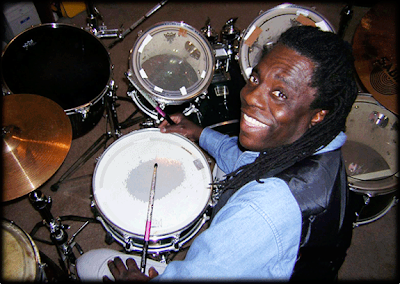 Luiz Coutinho (a.k.a. KB, Koutobeat, and/or The Batikum) is a musician, drummer, and percussionist from Brazil, born into a family and culture of music and spirituality. While a young boy growing up in Brazil, Coutinho participated in several samba schools - blocos, afros, and afoxes - collaborating with other musicians and studies, traveling all over Brazil, studying Brazillian culture from north to south.

In 1993 he arrived in the U.S.A.. settling in Austin, Texas, "The Live Music Capitol of the World" in an effort to broaden his love and knowledge of music. Coutinho currently has initiated his own interpretation of world music and dancing with "The Batikum" using his Brazillian influence with many different styles from Africa, South America, Central America, the Middle East, and Europe. And now, in collaboration with "VICTORIA & ZETA FIVE", "THE BATIKUM" incorporates American blues, rhythm and blues, rock, and jazz fusion, to create a new platform for dancing. Their first track, "Quiet Storm / New Americas" (written by Victoria and Edward T Hammill) was recorded by Tim Dolbear at Eclectica Studios, Austin, Texas, and debuted at the Fall 2009 South / Midwest Tour.

Beginning March 14, 2010, from 1p - 3p, VICTORIA & ZETA FIVE and THE BATIKUM CONNECT for Sunday Brunch from 1p - 3p at Juniors Grill & Icehouse, Round Rock, Texas, offering an opportunity for family and friends of all ages to enjoy, as well as sign up for a Brazillian Gafierra dance workshop. Click HERE for more details.

In addition to dance workshops and performances at live music venues, VICTORIA & ZETA FIVE and THE BATIKUM CONNECTS to provide cross cultural workshops in a variety of settings, such as; schools, community centers, churches, expos, festivals, etc.

The cross-cultural workshop includes a 1 - 2 hour discussion about the cultural / geographical history of the development of music in North and South America, with particular emphasis on Brazillian and American cultures, followed by a demonstration of the signature percussive / rhythmic sounds specific to different geographical areas, with an opportunity for all ages to learn and apply techniques on percussive instruments.